The Ukrainian BTR4 at 1/87 - English Version

There is no 1/87 model brand that offers
Ukrainian BTR4 in 1/87. However, you can find creators who offer it in 3D printing.
Here is one of them, created by "The FORGE", a French creator who markets this model, under different scales, on the sales site  "ebay".
- Link on the creations of "The FORGE" on"ebay" -
>>> by clicking here <<< 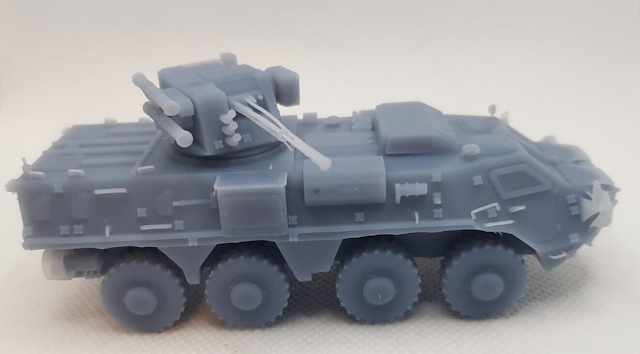 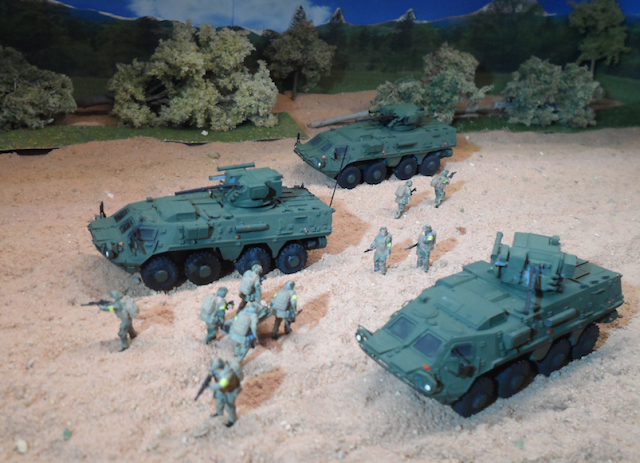 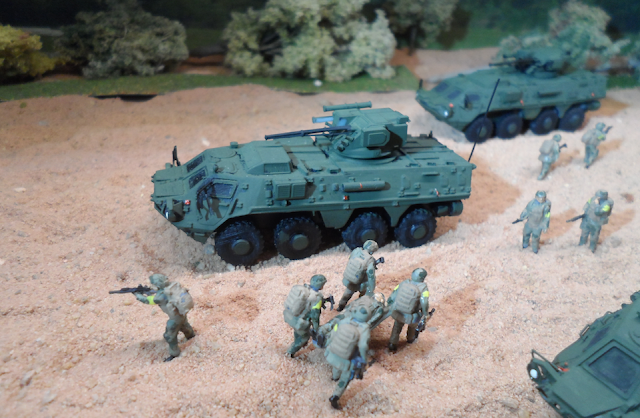 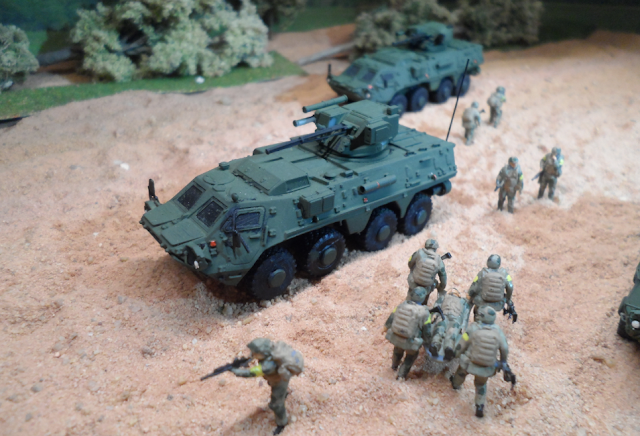 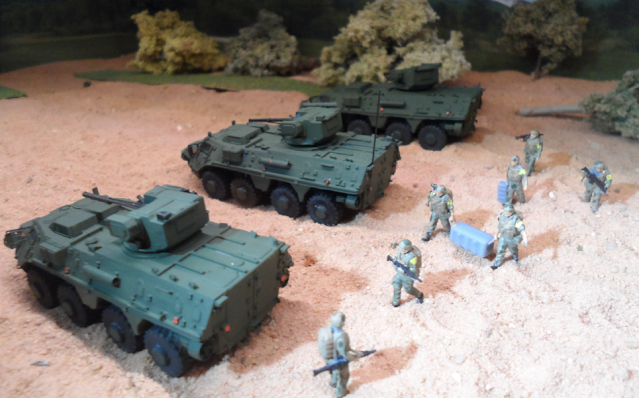 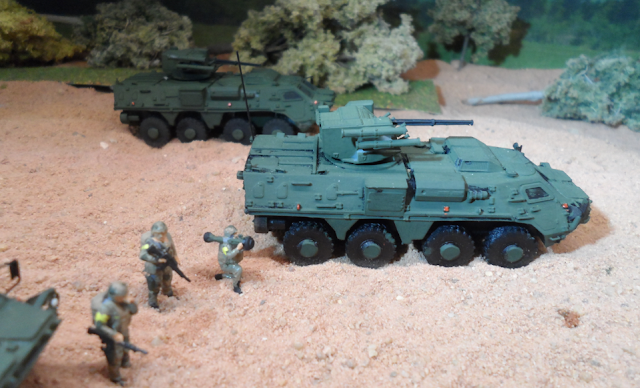 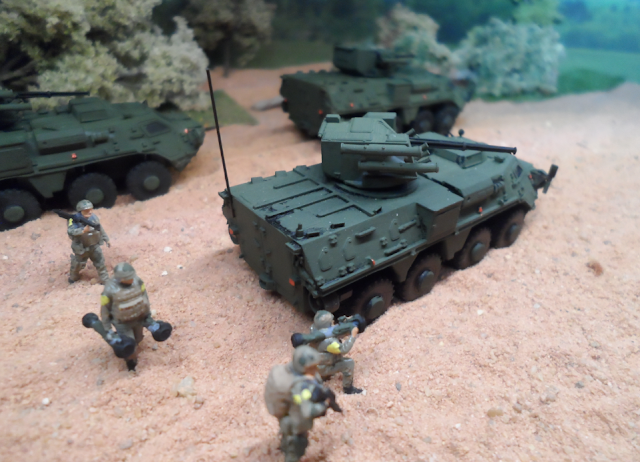 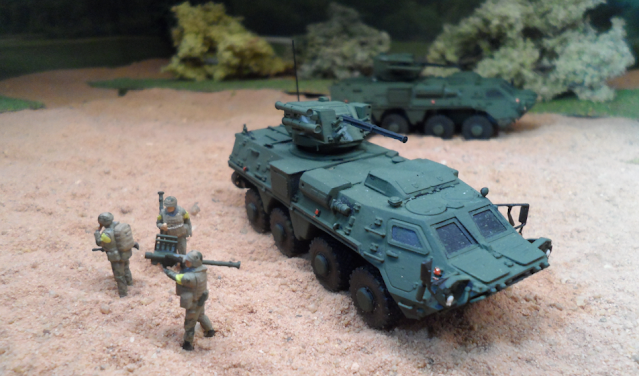 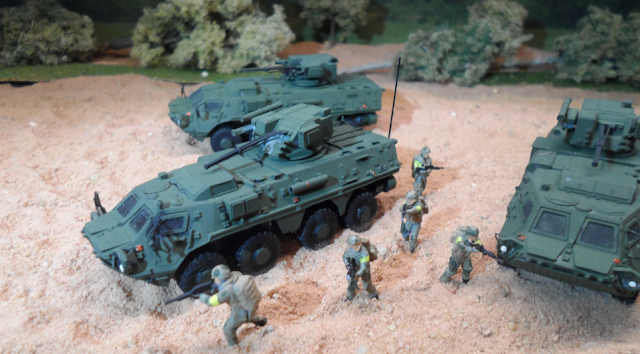 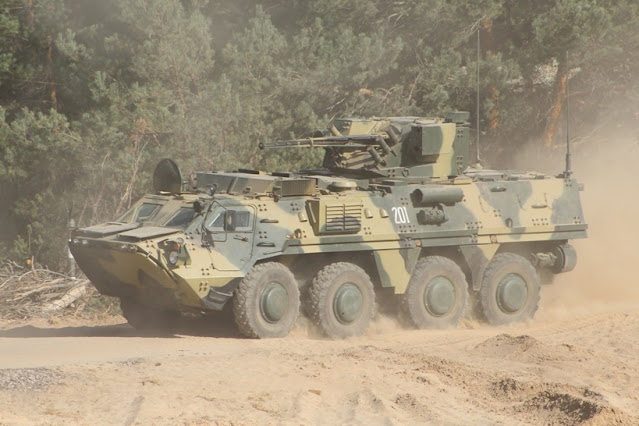 Ukrainian BTR4
The Ukrainian BTR4 "Bucephalus" is an 8X8 amphibious armored personnel carrier.
It is also known as "BUTSEFAL". 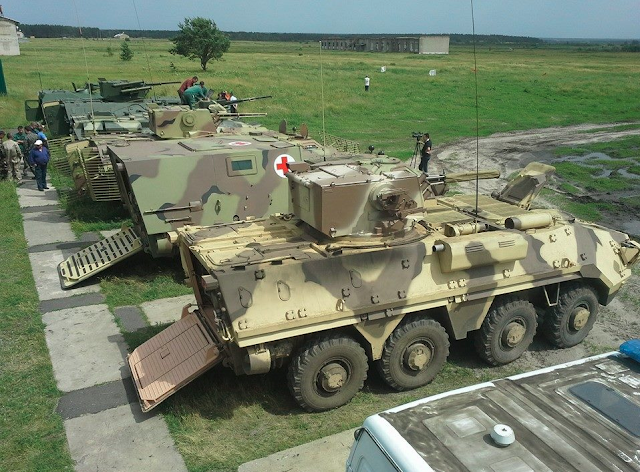 It was designed by the Ukrainian company MOROZOV. 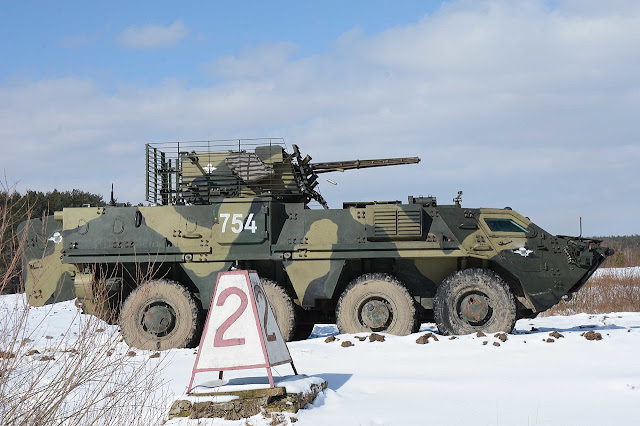 The prototype was unveiled in 2006 in Kiev. A serial production with 10 vehicles entered into service in the Ukrainian Army in 2009. 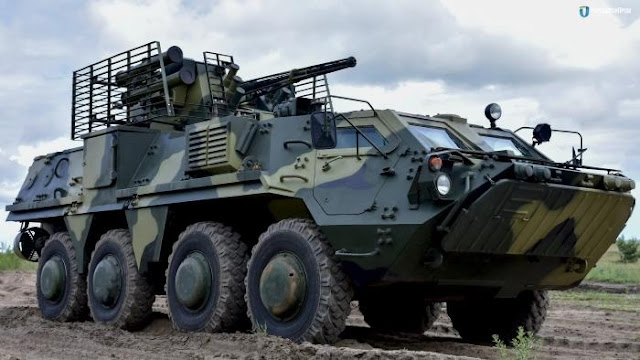 This vehicle is equipped with a turret with a 30mm cannon and a 7.62mm machine gun.
It can also have missiles on the turret on the right side. 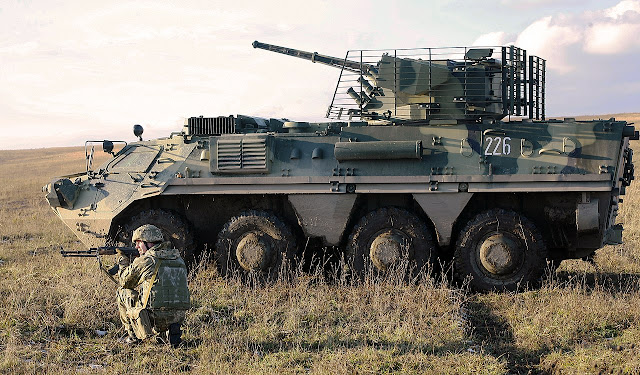 Its speed is 110 km/h and has a range of over 690 kilometers.
It can carry 8 passengers + the driver, the chief and the person in charge of the turret. 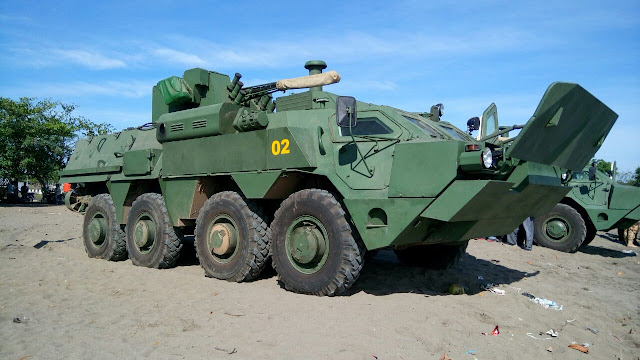 Ukrainian BTR4
It is amphibious and can cross water obstacles at a speed of 10 km/h. More than 500 have been produced for different armies in the world. It is currently engaged in the war in Ukraine started by Russia in February 2022. 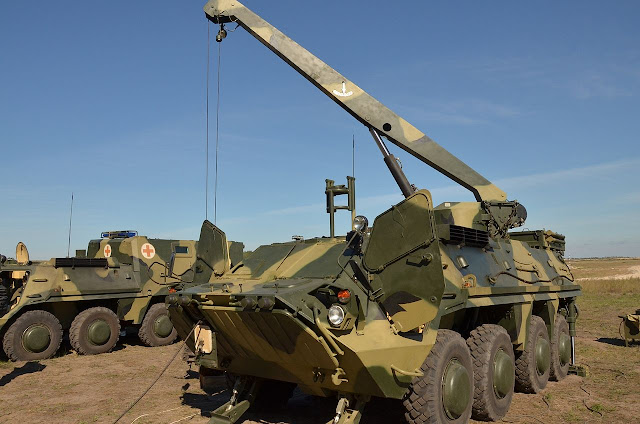 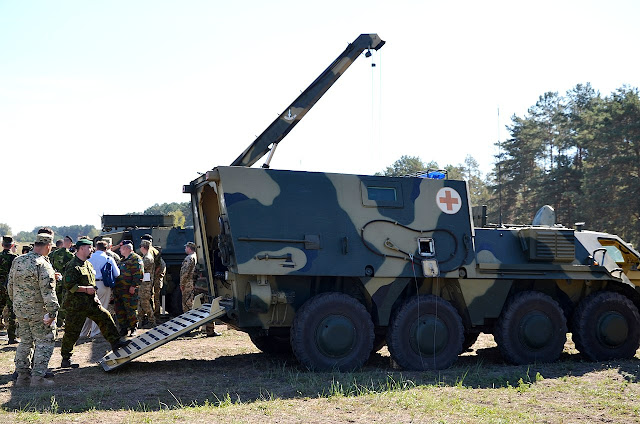